It's been in the news a bit recently.  Turns out that a lot of the stuff on America's grocery shelves isn't *really* honey.

It's been so thoroughly over processed that all of the actual honey has been removed.  And you know what you lose, when you turn honey into not-honey?

Everything that makes honey awesome.

You see, honey is fascinating stuff.  It's got so much more than being a "natural" sweetening agent going for it.  Honey tastes like whatever plant the bees collected the pollen from, and contains those allergens so it can actually help you with your allergies.

Most of the honey going around in America is clover honey.  That is, the pollen that the bees collect is predominantly from clover plants.  And that's... fine.  But oh, honey, there is so much more to you than that.

Honey was used by ancient Egyptians as an embalming fluid.  Honey kills bacteria.  Honey is pretty much more awesome every time you learn something new about it.  And no, honey is not bee poop.

I've always loved honey.  As a kid, my favorite sandwich was white bread, smothered in honey, with another slice of white bread on top.  My mom thought I was nuts.  I knew better- honey rocks my socks.

When I was on my honeymoon (so aptly named) in New Zealand, I fell in love with Manuka honey.  Manuka is the New Zealand tea tree.  The honey had flavor, the closest American comparison I could come up with was buckwheat honey.  But unlike buckwheat, Manuka has less bitterness.  It's truly amazing stuff.  But it's a fortune in the United States- with good reason!  Transporting honey is tricky.  You don't want it to get too cold, or too hot.

For that reason, the best honey in the world is always local honey.  The closer to where you live, the better for you it is.  That's because the plants that go into the honey are the same plants giving you hay fever.  It's pretty cool.

So what kinds of honey are there?  Let me share a few of my favorites.

Buckwheat is number one on my list of American honeys.  You would never confuse it with clover honey in a million years.  It's a deep, amber brown.  And it's taste is rich and full- a whole mouth kind of a flavor.  I love eating it with something already sweet- like apples or bananas.

Of course, most southerners who know their honey would consider it blasphemy to say that any honey other than Tupelo honey reigned supreme in the USA.  And they're onto something.  Tupelo honey is so smooth.  It's color is very similar to clover honey, but it is much sweeter.  If it's hard to believe that something is sweeter than honey, then you can rest easy that the sweeter substance is still... honey.  Aside from its sweetness and amazing texture, another thing that Tupelo honey has going for it is that it tastes good with absolutely everything.  Seriously, you could glaze garlic in the stuff and have the yummiest garlic of your life.

Tupelo has a remarkable amount in common with Manuka.  It's a tree, for starters.  That means that if tree pollen is a bigger problem for you than grass or hay, Tupelo honey might be beneficial for you.  Kiwis and Elvis fans can agree on one thing- those fragrant trees?  They make amazing honey. 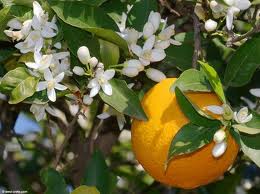 My last favorite honey is goldenrod.  Now, goldenrod honey is kind of hard to get your hands on.  That's because, typically, the goldenrod honey season is SHORT.  And unfortunately, goldenrod honey doesn't keep well- it granulates really quickly.  (Keep in mind, granulated honey is still delicious and nutritious, it's just... harder to use.)  However, it's a very light honey with a kick to it like buckwheat- and the best part of goldenrod honey?  Goldenrod is a serious allergy problem.  So keeping some goldenrod honey in your diet come summer is a great idea.  Bonus?  There's a lot of mead makers out there who would argue that goldenrod honey makes the *best* mead.  So if you're considering brewing at home... I'd recommend goldenrod.

One other honey recommendation: whipped honey.  Basically, that granulation problem I mentioned briefly?  You do that on purpose, in a climate controlled environment.  The result is something frequently referred to as "honey butter."  It's creamy and spreadable, with a waxier texture.

As you might imagine, any variety of honey can be turned into whipped honey.  But there's another perk as well.  In whipped honey, other flavoring agents keep better.  So you might be able to find things like chocolate or vanilla honey (vanilla whipped honey in a cup of rose tea anyone?) at a local organic friendly store.  It's much less drippy that regular honey, which makes it ideal for dipping things into it.

So go out there, find your local bee keepers (there are more of them than you might think!) and make yourself some toast, tea, and even ice cream to put that honey on.  Because honey in amazing.
Posted by Becoming Supermommy at 7:33 PM No comments:

Becoming Supermommy
There's an ancient Chinese curse I once heard, "May you have an interesting life." It's possible that instead of simply hearing it, I was actually being smitten. My life has been, in a word, interesting. Once a Renaissance Woman with a pot in every fire, I now try to keep myself content to be merely a mother of three under three, a gourmet chef, a master painter, and a fashion designer, and finally completing my bachelor's degree. You can find me filling my few free moments by blogging here about such topics as child rearing, cooking, keeping my thumb green, maintaining a dual-religion family life, keeping us all healthy despite unending obstacles, and generally trying to be a modern day Bohemian Donna Reed.